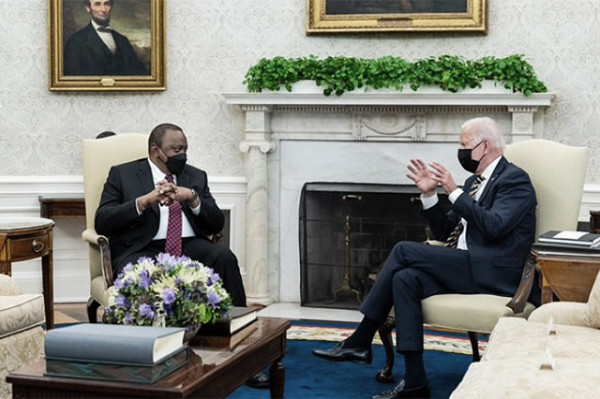 President Joe Biden will host Kenyan President Uhuru Kenyatta for a meeting in Washington on Thursday as the White House weighs sanctions against parties to the conflict in a northern region of the neighboring East African country of Ethiopia.

The meeting at the White House will mark Biden's first as president with an African leader.

Kenya holds the rotating presidency of the U.N. Security Council this month.

The United States and Kenya have long cooperated on economic and security initiatives including counterterrorism.

The Biden administration is considering punitive action regarding the worsening crisis in northern Ethiopia, where thousands have been killed and millions are in need of humanitarian assistance.

Fighting broke out in November 2020 between Ethiopia's federal troops and forces loyal to the TPLF.

The conflict has made about 5.2 million people in Tigray - more than 90% of the population - and 1.7 million people in other regions dependent on food aid. The United Nations blames a government blockade for the deteriorating humanitarian situation. The government denies it is blocking aid.

Last month, Biden signed an executive order paving the way for possible sanctions, including against the Ethiopian government and the TPLF, if they play a role in prolonging the conflict, obstructing humanitarian access or committing serious human rights abuse.

The White House also said Biden and Kenyatta would discuss "the need to bring transparency and accountability to domestic and international financial systems."

Kenyatta's name appeared earlier this month in the "Pandora Papers" leak of what major news outlets called a secret trove of documents detailing what they said were efforts by many global leaders to stockpile money in tax havens.

Kenyatta has not responded to the allegations but has said he would do so later. 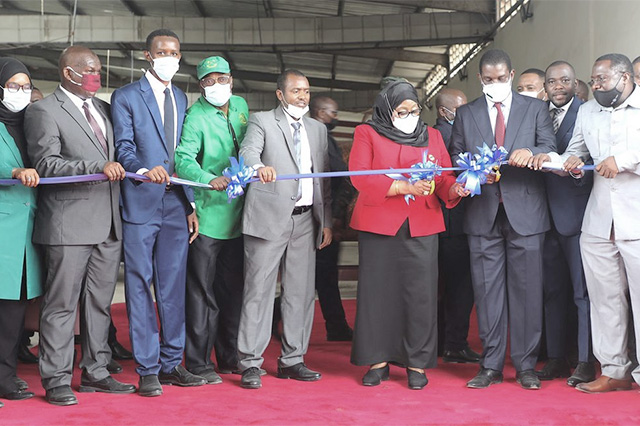 A Kenyan company is setting up a $51.3 million (about Sh115 billion) factory in Zanzibar as it targets to get a pie of the world’s $920 billion textile market. The global textile industry was estimated at around $920 billion in 2018, and it was projected to reach approximately $1,230 billion by 2024, available global data show. With its $51.3 million factory at Chunguni area in Zanzibar, Basra Textiles Limited is specifically targeting... 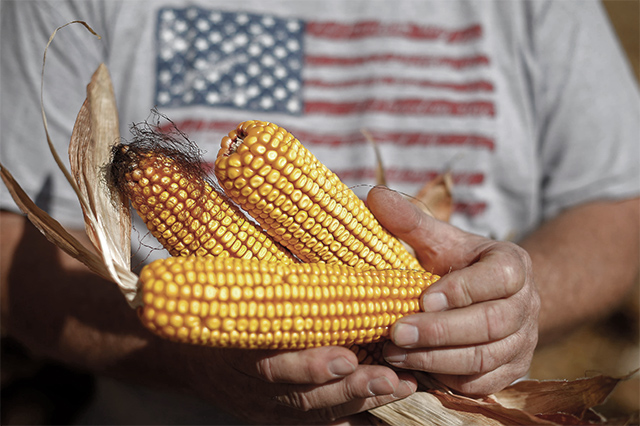 The US’ main corn lobby group has urged President Joe Biden’s administration and Congress to prioritise trade deals between the US and Kenya to avoid losing their industry’s advantage over China. The American Corn Refiners Association (CRA), said delays in agreeing on trade deals will see potential partners like Kenya moving on and rivals like China shaping trade practices across the globe. There has also been growing unease in... 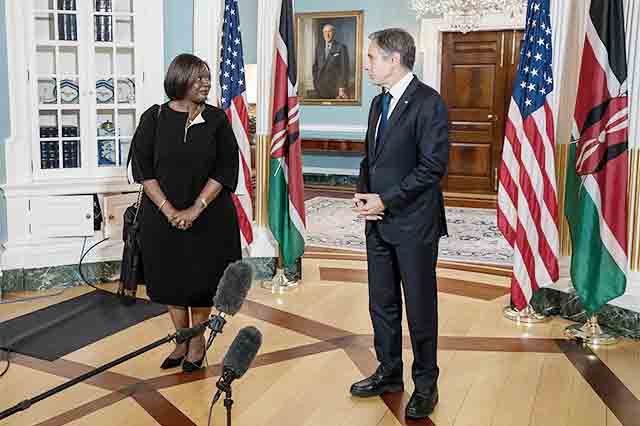 Joint Statement on the Second Kenya-U.S. Bilateral Strategic Dialogue The Governments of the Republic of Kenya and the United States of America held the second session of the Kenya – United States Bilateral Strategic Dialogue in Nairobi on November 17, 2021.  Kenyan Cabinet Secretary for Foreign Affairs Ambassador Raychelle Omamo and U.S. Secretary of State Antony J. Blinken discussed strengthening the strategic partnership across all... 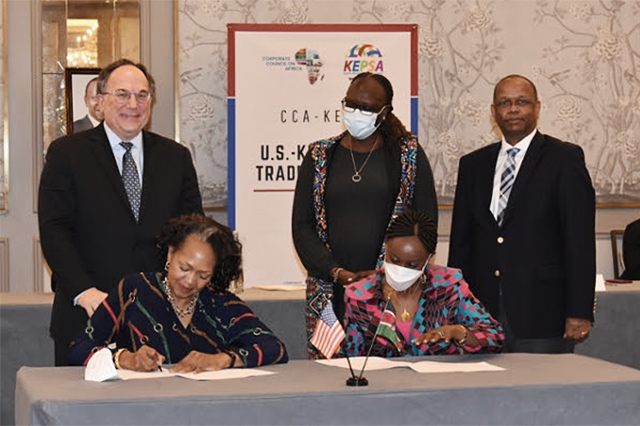 On Monday, October 11, 2021, H.E. Uhuru Kenyatta, President of the Republic of Kenya witnessed the signing of the Corporate Council on Africa (CCA) and Kenya Private Sector Alliance (KEPSA) U.S.-Kenya SME Trade Initiative. The initiative recognizes the critical role that SMEs play in U.S. and Kenyan trade, and seeks to expand trade and investment between American and Kenyan Small and Medium Enterprises (SMEs) through partnership,... 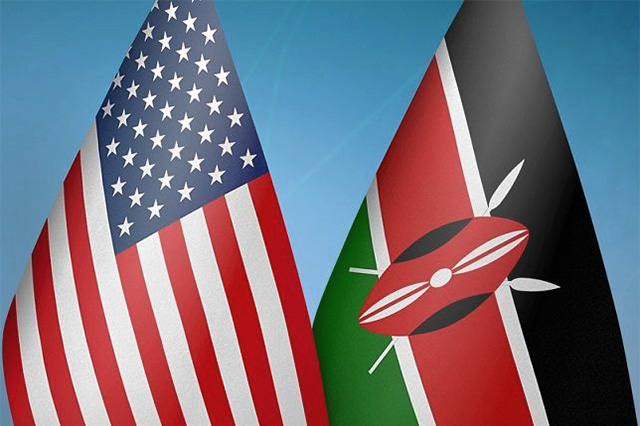 Today, the American Apparel & Footwear Association signed a memorandum of understanding in cooperation with the Kenya Association of Manufacturers (KAM). As the representatives of the apparel and footwear industry in both the United States and Kenya, the groups have agreed to collaborate on policy areas that are of mutual interest to its membership through joint advocacy and information sharing on industry best practices. The MOU was... 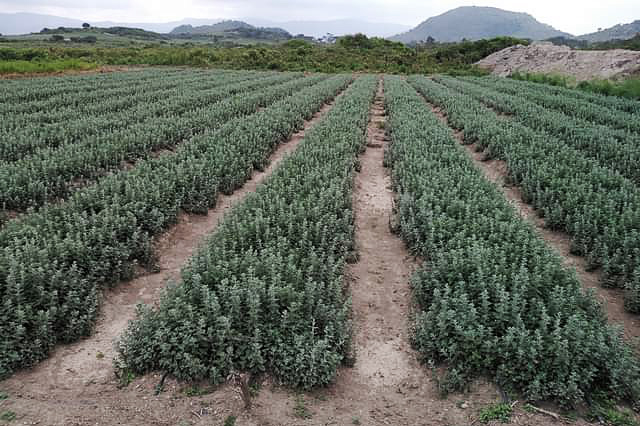 Kenya has asked the United States Department of Agriculture’s Animal and Plant Health Inspection Service (Aphis) to authorise the importation of fresh oregano and parsley to the US from Kenya. Aphis has drafted a pest risk assessment that describes potential pests associated with the commodities ahead of the possible approval process.  Download and view the documents at the links alongside The agency is making the assessment... 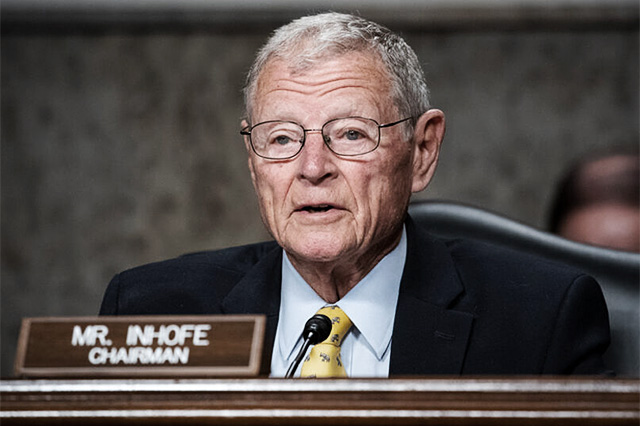 US President Joe Biden has come under pressure to fulfil the American government promise of achieving a Free Trade Agree (FTA) with Kenya.  Seven Republican Senators want the negotiations for an FTA deal between the US and Kenya hastened to pave way for business and investment.  In a letter written to U.S. Trade Representative Katherine Tai, the Senators asked for the process to be given priority after delaying for close... 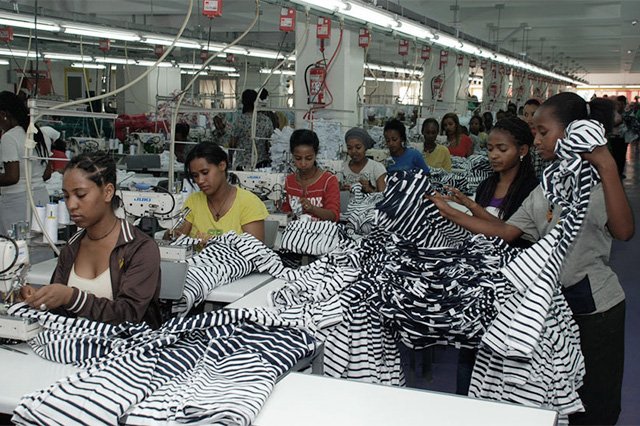 'We examined 20 years of US-Kenya trade: Some lessons for Africa'

Kenya is one of the top five beneficiaries of the US-Africa trade initiative, the African Growth and Opportunity Act (AGOA). It also had the second-highest utilisation rate in 2018 with over 70% of its US exports covered by the programme. Launched in 2000, the trade pact gives sub-Saharan Africa the most liberal access to the huge US market available to any country or region with which Washington does not have a free... 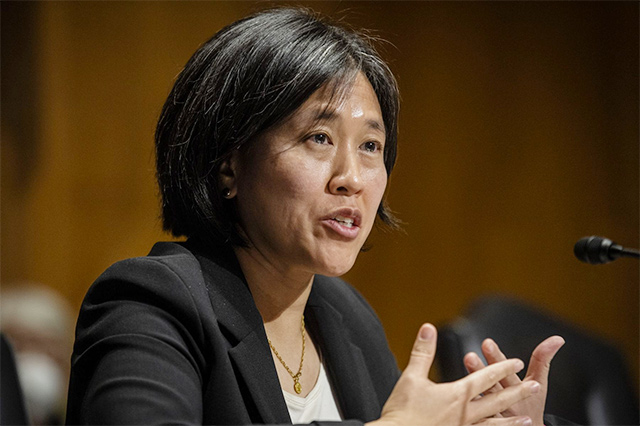 The U.S.’s trade chief plans to convene a meeting with African ministers before the end of the year to strengthen partnerships and discuss a law that provides duty-free access to the U.S. for thousands of goods from sub-Saharan nations. “It is important that we meet despite the pandemic to discuss how we can build on the successes of the African Growth and Opportunity Act,” U.S. Trade Representative Katherine Tai said in remarks... 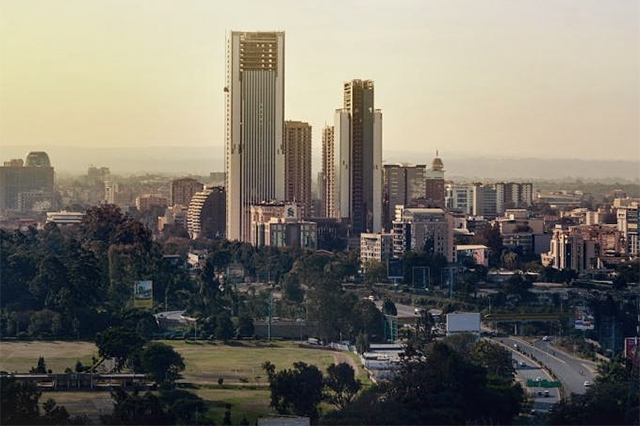 'The opportunities are vast in a potential US-Kenya FTA'

Last year, the U.S. and Kenya announced the launch of free trade negotiations, the first of its kind between the U.S. and a sub-Saharan Africa country. If successful, it would be the most significant trade development in the region since the enactment of the African Growth and Opportunity Act (AGOA) trade preference program in 2000. To better understand the key issues surrounding FTA negotiations, the U.S. Chamber’s U.S.-Africa Business...