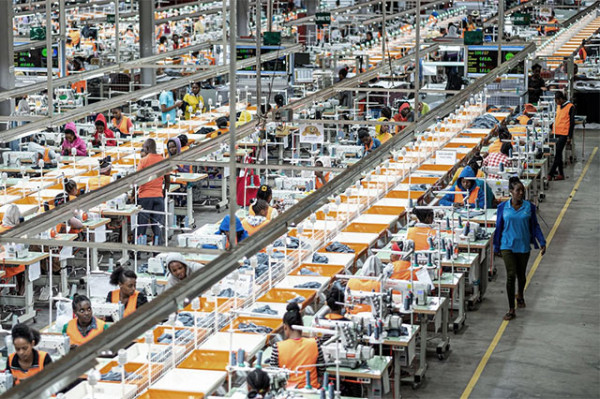 U.S. President Joe Biden recently threatened to impose sanctions on Ethiopia due to the conflict in Tigray.

If Washington follows through and removes preferential trade arrangements under the African Growth and Opportunity Act (AGOA), Ethiopia’s fledgling manufacturing sector could face an existential threat.

While many people around the world share the U.S. government’s concern about “the peace, security, and stability of Ethiopia and the greater Horn of Africa region,” Ethiopians are dismayed by the threat of withdrawal of AGOA trade privileges.

Whatever concerns one may have about the security situation in Ethiopia today, removal of AGOA eligibility would only worsen the condition of ordinary Ethiopians who have no connection to the Tigray conflict.

Signed into law by President Bill Clinton in 2000 and repeatedly extended and expanded under both Republican and Democratic presidents since, the AGOA remains, according to the Brookings Institution, “the cornerstone of the U.S. commercial relationship with Africa.”

AGOA eligibility is subject to domestic policy choices in beneficiary countries, encouraging African governments to adopt market-based economic policies, adhere to the rule of law and political pluralism, and eliminate barriers to U.S. trade and investment.

Although Ethiopia before 2018 would hardly pass the test of human rights or political pluralism, the U.S. government never seriously questioned the country’s AGOA eligibility under the repressive leadership of the Tigray People’s Liberation Front. Indeed, when the AGOA was launched in May 2000, Ethiopia was deep in a state of war against Eritrea. Yet Ethiopia was on the original list of 34 countries declared AGOA-eligible later that year and remained eligible despite years of authoritarian rule.

Ethiopia used its tariff-free access to the U.S. market to successfully entice foreign investors into its manufacturing sector, using a network of industrial parks in over a dozen cities across the country. As a result, foreign direct investment in light manufacturing grew rapidly, attracting several leading global brands to source materials in these sectors.

The impact on Ethiopia’s exports has been equally significant. When the AGOA was introduced in 2000, Ethiopia exported goods worth a minuscule $28 million to the United States; in 2020, that figure rose roughly tenfold and stood at close to $300 million, nearly half of it under the AGOA.

Today, the two most successful exporting industries under the AGOA, apparel and leather, employ about 200,000 people directly—80 percent of them young women. In Hawassa Industrial Park alone, 95 percent of the employees are women, providing in many cases the first-ever jobs for young families. Small businesses operating within the broader ecosystem of these two sectors—from raw material suppliers to service providers in areas such as catering, transportation, hotels, restaurants, and logistics—are estimated to support in excess of 1 million low-income citizens.

Ethiopia’s removal from the AGOA would deal a serious blow to the welfare of millions of low-income workers at a time when Ethiopia’s manufacturing industry is registering record monthly output levels. Even at the height of the pandemic, the Hawassa Industrial Park proved instrumental, saving lives by quickly repurposing itself to undertake production of personal protective equipment to supply the local and export markets with face masks worth more than $114 million.

The effect of Ethiopia’s removal from the AGOA would do lasting damage. Ethiopia’s decades-long and relatively successful efforts to extricate itself from poverty, build a viable manufacturing industry, create jobs for its youth, and progressively wean itself off aid through trade would all be imperiled. Moreover, by injecting uncertainty into the Ethiopian investment environment, such a measure would undo the promising gains registered over the past two decades while escalating the investment risk premium for a long time to come.

At the same time, the promising and prescient moves by many well-known U.S. companies to diversify their production facilities away from a singular focus on Chinese and Asian supply chains would also be significantly undermined.

Today’s Ethiopia has adopted a decidedly market-oriented economic policy with a plethora of reforms intended to improve the investment environment, open its financial sector, clean up long-mismanaged state-owned enterprises, accelerate its accession negotiations to the World Trade Organization, and launch a privatization program that covers some hitherto untouchable state assets such as state-owned telecommunications, logistics, and sugar companies.

Like all conflicts, the war in Tigray has caused unnecessary loss of life, destruction, and suffering for all Ethiopians. In recognition of these realities, Ethiopia’s government has taken steps to investigate and hold accountable members of its own armed forces through its own domestic institutions as well as in collaboration with the United Nations.

Ethiopia needs the support of its partners in these efforts, not threats of trade sanctions that would only hurt the very people these partners aspire to protect.

The U.S. government must maintain a sense of balance, context, and perspective in its determination of Ethiopia’s continued AGOA eligibility. Ethiopia’s citizens have never needed AGOA benefits more than now. 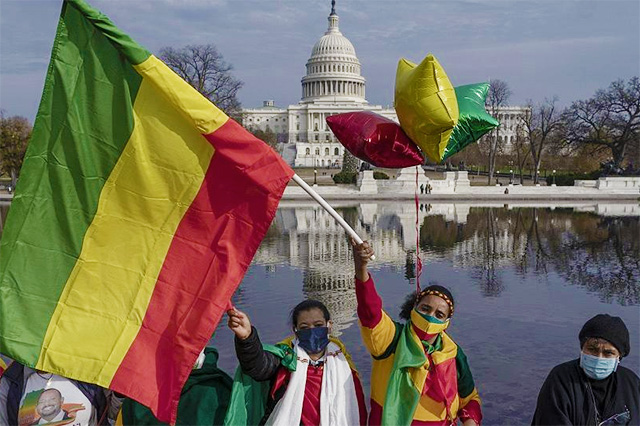 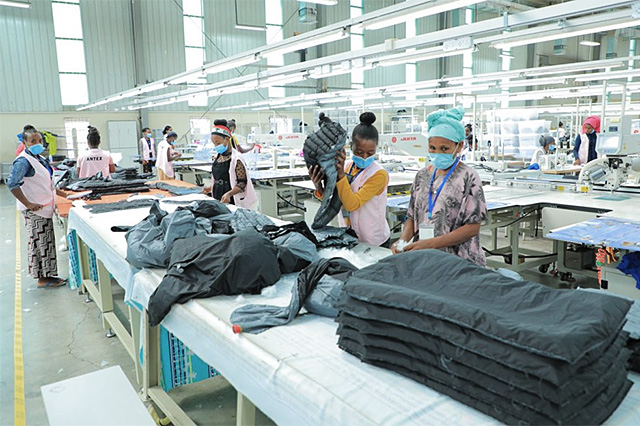 Despite a late push, Ethiopia is set to exit the US trade pact

Despite a last-minute drive backed by diaspora members who fear that Washington may lose an ally, Ethiopia is likely to lose important commercial privileges in the United States on January 1 due to human rights concerns. President Joe Biden said on November 2 that Ethiopia, a longtime US ally and the continent’s second most populous country, will be removed from the African Growth and Opportunity Act in the New Year, citing “grave... 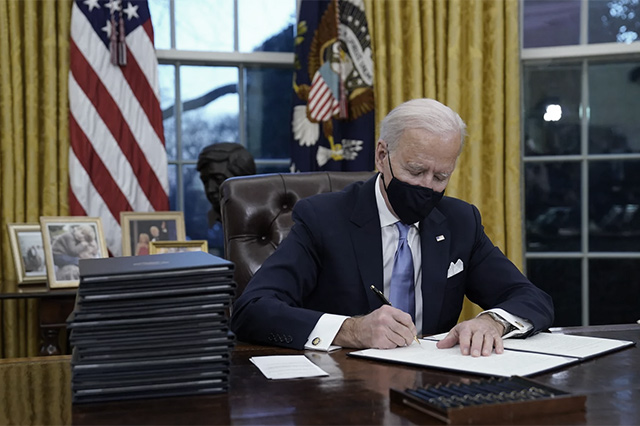 US President terminates AGOA preferences for Ethiopia, Mali and Guinea

U.S. President Joe Biden announced yesterday that he has “determined that Ethiopia, Guinea, and Mali do not meet” the AGOA requirements described in section 506A(a)(1) and has proceeded to “terminate the designation of the three countries as beneficiary sub-Saharan African countries …effective January 1, 2022.” On November 21, the Ethiopian Ministry of Foreign Affairs lamented the impending decision by the U.S. to remove Ethiopia... 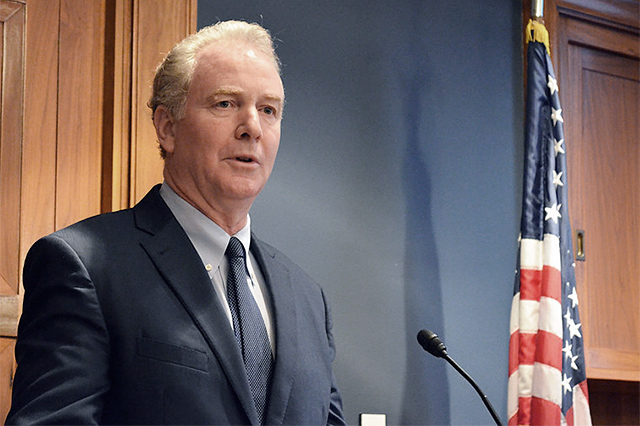 Today, U.S. Senator Chris Van Hollen (D-Md.) and Congresswoman Karen Bass (D-Calif.) urged President Biden to reconsider his Administration’s November 2, 2021 decision to terminate Ethiopia’s designation as a beneficiary country under the African Growth and Opportunity Act (AGOA) at the end of this year. As the lawmakers note in their letter (download a copy at the link alongside), this decision will hurt the nation’s most vulnerable... 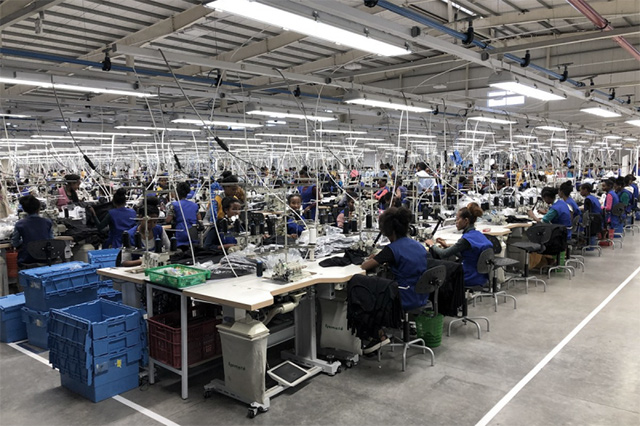 US terminates duty-free trade access to Ethiopia over conflict

Ethiopia’s duty-free export access to the U.S. has been revoked by President Joe Biden due to its failure to meet the requirements, according to the White House. The action comes after 13 months of civil war in the country. Ethiopia is disqualified from participation in the Africa Growth and Opportunity Act due to gross violations of human rights, the U.S. Trade Representative said when it notified Ethiopia in November.... 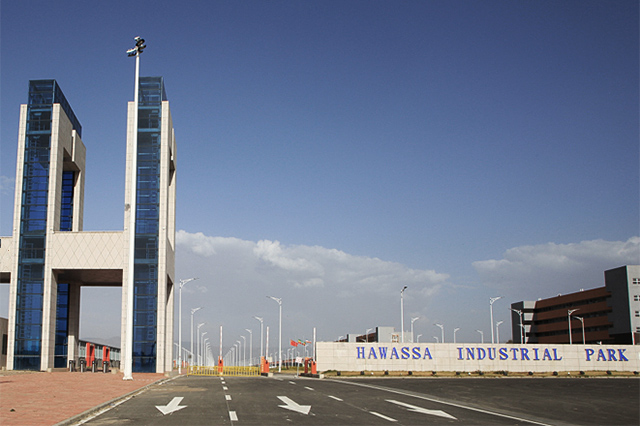 Ethiopia’s once rapidly growing economy is taking another hit tied to its yearlong war, with global clothing manufacturer PVH Corp. saying it is closing its facility there because of the “speed and volatility of the escalating situation.” PVH, whose brands include Calvin Klein and Tommy Hilfiger, has been a marquee occupant of Ethiopia’s model industrial park in the city of Hawassa, where Africa’s second-most populous country has... 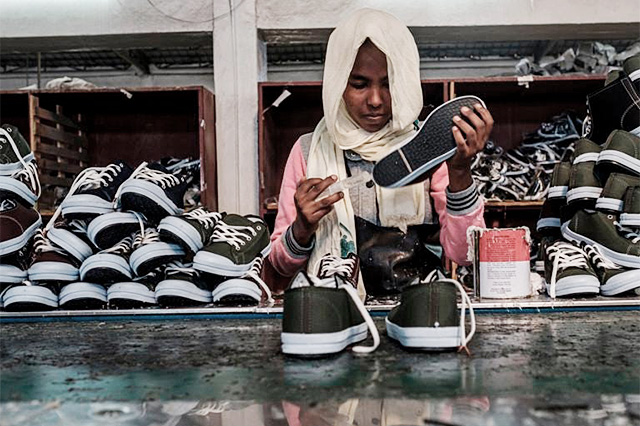 As day turns to night in Ethiopia, International crisis negotiators are feverishly working to avoid an all-out civil war. America’s top diplomat, Secretary of State Antony J. Blinken is in nearby Kenya trying to help resolve the crisis.  America utilized several pressure tactics to try to bring this outbreak to a resolution but none have worked so far. The latest is to give Ethiopia a 60-day notice of withdrawal from the African Growth... 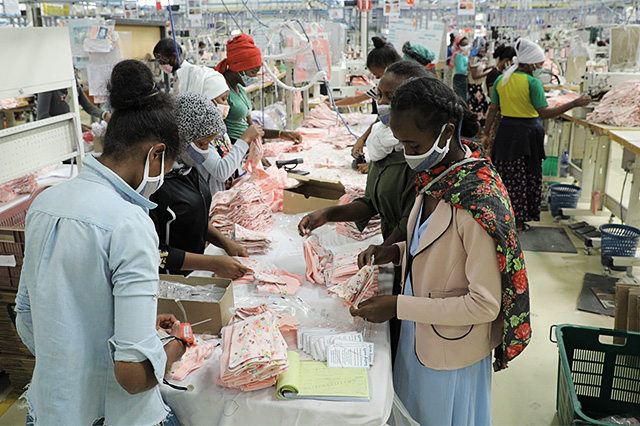 Senate Foreign Relations Committee Ranking Member Jim Risch (R-Idaho) and House Foreign Affairs Committee Ranking Member Michael McCaul (R-Texas), issued a statement (see text below) expressing their “hope that the Ethiopian government can correct course and avert a revocation of AGOA benefits.” The statement came as the Biden Administration is expected to announce its decision on Ethiopia’s eligibility to continue to... 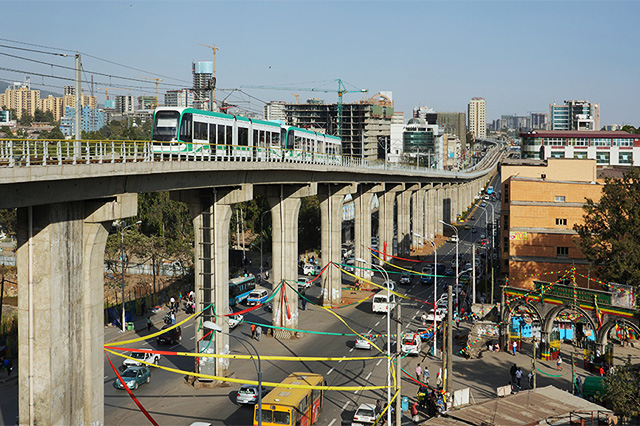 US footwear and clothing brands are urging the Prime Minister of Ethiopia, Abiy Ahmed, to resolve the ongoing humanitarian crisis in the country, warning the sourcing relationship between the two is under threat. Steve Lamar, president and CEO of the American Apparel and Footwear Association (AAFA), addressed his concerns on behalf of the industry about the humanitarian crisis in Tigray and nearby regions in a letter to Prime Minister Abiy...